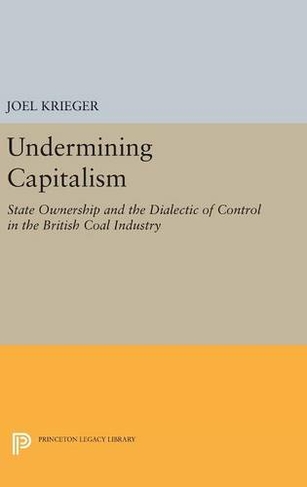 Beginning with the nationalized British coal industry and then raising more general issues concerning the contemporary state, Joel Krieger studies the day wage structure for face workers (National Power Loading Agreement) introduced by the National Coal Board in 1966, its consequences, and the ways in which earlier work conventions, wage structures, and social relations affected it. Originally published in 1984. The Princeton Legacy Library uses the latest print-on-demand technology to again make available previously out-of-print books from the distinguished backlist of Princeton University Press. These editions preserve the original texts of these important books while presenting them in durable paperback and hardcover editions. The goal of the Princeton Legacy Library is to vastly increase access to the rich scholarly heritage found in the thousands of books published by Princeton University Press since its founding in 1905.