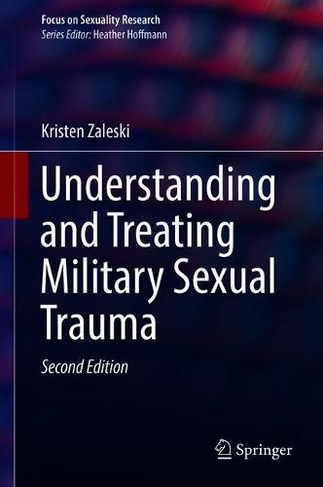 This authoritative update presents current findings on-and clinically and ethically sound responses to-the epidemic of sexual assault in the military. It examines in powerful detail how military culture enables a pervasive subculture of sexual violence, from consistently devaluing women to blaming victims and denying them justice. The author's dual attachment/trauma theory lens attends to a wide range of outcomes such as unit members closing ranks against survivors and the continuing impact of assault trauma on veterans' lives. And the book's second half critiques standard forms of treating military sexual trauma in favor of individualized therapy addressing the physical, psychological, and neurological aspects of trauma and recovery. This important volume covers: * Theory and history of sexual violence as a weapon of war. * Legal and health considerations in the aftermath of military sexual assault. * Critical distinctions between military and civilian legal response to sexual assault. * Variations in symptomology among survivors. * Specific barriers to services for male and LGBT survivors. * New and emerging treatment options for military sexual trauma/PTSD. This Second Edition of Understanding and Treating Military Sexual Trauma follows its predecessor as an essential reference on its subject for mental health clinicians treating sexual trauma in the military as well as trauma researchers, sociologists, women's health practitioners, and university students whose focus is women's studies, public policy, public health, social work, psychology, sociology, or political science. 1 Illustrations, black and white; XXI, 163 p. 1 illus.

Kristen Zaleski, PhD, LCSW is a sexual assault victim advocate, researcher, professor and psychotherapist in Southern California. Her decade-long work with sexual assault survivors spans inpatient and outpatient settings, and she has a dual specialty in civilian and military sexual trauma. Dr. Zaleski has published research on treatment for sexual assault-related PTSD and was the first to ever publish on the psychological effects of pregnancy that results from a sexual assault. Dr. Zaleski continues to explore clinical phenomena in the areas of rape culture, health social work, LGBTQI experiences, empathy, mothering, vicarious trauma and attachment-related trauma through a neurobiological lens. She also maintains a private practice in Los Angeles.