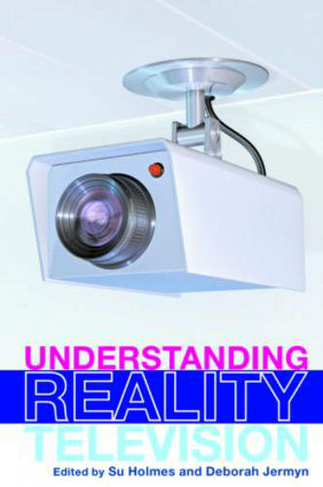 'Popular Factual Programming' has rapidly come to occupy a place at the forefront of contemporary television culture on an international scale. Tracing the history of reality TV from Candid Camera to The Osbournes, Understanding Reality Television examines a range of programmes which claim to depict 'real life', from reality formatted game shows to 'real crime' programming and make-over TV. Contributors discuss the phenonenon of reality TV in the context of the debates it has introduced to our social, cultural and televisual agendas, such as the construction of celebrity, fandom, surveillance and the politics of representation.

'Su Holmes is a Lecturer in Media with Cultural Studies at Southampton Institute. She has published widely on the early relations between British television and film culture in journals such as Screen, Historical Journal of Film, Radio and Television and Journal of Popular British Cinema. She is currently writing on a book on the early cinema programme on British television, and is working more widely on the subject of Reality TV'.Deborah Jermyn is a Senior Lecturer in Film Studies at University of Surrey, Roehampton. She has published widely on crime and the media, and women and popular culture, including articles in Screen, Feminist Media Studies and The International Journal of Cultural Studies. She is also the co-editor of The Reader in Audience Studies (Routledge, 2002) and The Cinema of Kathryn Bigelow: Hollywood Transgressor(Wallflower Press, 2003)