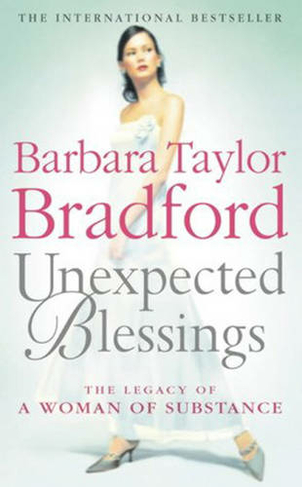 The great-grandaughters of Emma Harte, the heroine of A Woman of Substance and Emma's Secret, follow in her legendary footsteps... Evan Hughes, Emma's American great-grandaughter, is trying to integrate into the powerful Harte family. She is caught between her estranged parents, her new family, and new love. Meanwhile a dangerous enemy hovers in the background. Tessa Longden, Evan's cousin, is battling her husband for custody of their daughter, Adele. When Adele suddenly goes missing, Tessa seeks her sister Linnet's help. Linnet O'Neill, the most brilliant businesswoman of the four great-granddaughters, is the natural heir to her mother, Paula. But her glittering future at the helm of the vast Harte empire means many sacrifices. India Standish, the traditionalist in the family, falls in love with a famous British artist from a working-class background. Madly in love, India is determined to marry him. When Evan discovers letters from Emma Harte to her grandmother, the story is swept back to the 1950s. But it is the revelations in Emma's letters to her grandmother that give Evan a new perspective and help to set her free from her own past. This latest dramatic story in the on-going saga of an extraordinary family dynasty is full of love, passion and jealousy and is Barbara Taylor Bradford at her inimitable best.

Barbara Taylor Bradford was born and raised in England. She started her writing career on the Yorkshire Evening Post and later worked as a journalist in London. Her first novel, A Woman of Substance, became an enduring bestseller and was followed by many more, including the bestselling Cavendon series. Barbara's books have sold more than eighty-one million copies worldwide in more than ninety countries and forty languages. In October of 2007, Barbara was appointed an OBE by the Queen for her services to literature. To find out more and join the huge community of her fans, find Barbara on Facebook @BarbaraTaylorBradford, follow her on Twitter @BTBNovelist and sign up to her newsletter at www.barbarataylorbradford.co.uk.