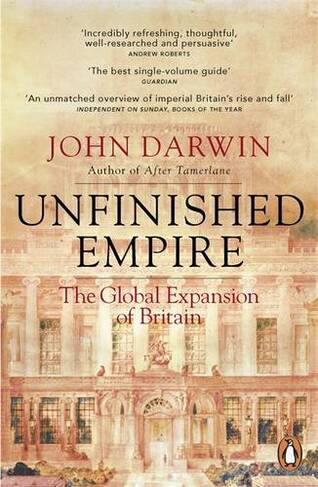 A both controversial and comprehensive historical analysis of how the British Empire worked, from Wolfson Prize-winning author and historian John Darwin The British Empire shaped the world in countless ways: repopulating continents, carving out nations, imposing its own language, technology and values. For perhaps two centuries its expansion and final collapse were the single largest determinant of historical events, and it remains surrounded by myth, misconception and controversy today. John Darwin's provocative and richly enjoyable book shows how diverse, contradictory and in many ways chaotic the British Empire really was, controlled by interests that were often at loggerheads, and as much driven on by others' weaknesses as by its own strength. 16 bw interleaved

John Darwin's interest lies in the history of empires, both their rise and fall.He has written extensively on the decline of Britain's empire and teaches imperial and global history at Oxford, where he is a Fellow of Nuffield College. Most recently he is the author of After Tamerlane: The Rise and Fall of Global Empires, 1400-2000, which won the Wolfson History Prize, and The Empire Project: The Rise and Fall of the British World-System, 1830-1970.