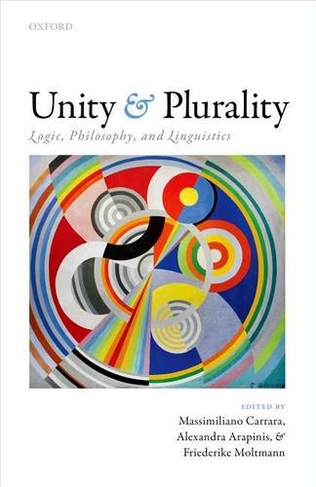 Unity and Plurality presents novel ways of thinking about plurality while casting new light on the interconnections among the logical, philosophical, and linguistic aspects of plurals. The volume brings together new work on the logic and ontology of plurality and on the semantics of plurals in natural language. Plural reference, the view that definite plurals such as 'the students' refer to several entities at once (the individual students), is an approach favoured by logicians and philosophers, who take sentences with plurals ('the students gathered') not to be committed to entities beyond individuals, entities such as classes, sums, or sets. By contrast, linguistic semantics has been dominated by a singularist approach to plurals, taking the semantic value of a definite plural such as 'the students' to be a mereological sum or set. Moreover, semantics has been dominated by a particular ontological view of plurality, that of extensional mereology. This volume aims to build a bridge between the two traditions and to show the fruitfulness of nonstandard mereological approaches. A team of leading experts investigates new perspectives that arise from plural logic and non-standard mereology and explore novel applications to natural language phenomena.

Massimiliano Carrara is Associate professor of Logic and Philosophy of Language at the University of Padua (Italy). He is also Principal investigator of the COGITO Research centre in Philosophy, University of Bologna. He has been visiting professor at Columbia University (New York), at the ILLC (Institute for Logic, Language, and Computation), UVA (Amsterdam), at the Department of Philosophy, Delft, University of Technology, at the School of Philosophy of theUniversity of Melbourne, and at the at the LOA-CNR (Trento, Italy). His main research interests are in logic, philosophy of logic, applied logic, and metaphysics.Alexandra Arapinis is Marie Curie Post-doctoral fellow at the Laboratory for Applied Ontology in Trento. She has received a PhD in Philosophy from Sorbonne University (Paris).Friederike Moltmann is research director at the Centre National de la Recherche Scientifique (CNRS) in France and senior visiting fellow in the philosophy department at New York University. Her research is in philosophy and linguistic semantics and especially the interface between the two. She is author of Parts and Wholes in Semantics (OUP, 1997) and Abstract Objects and the Semantics of Natural Language (OUP 2013).