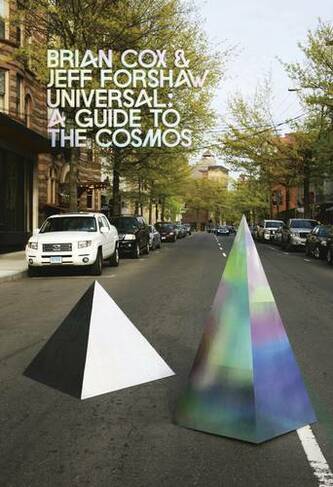 Universal: A Journey Through the Cosmos

An awe-inspiring, unforgettable journey of scientific exploration from Brian Cox and Jeff Forshaw, the top ten bestselling authors of The Quantum Universe. We dare to imagine a time before the Big Bang, when the entire Universe was compressed into a space smaller than an atom. And now, as Brian Cox and Jeff Forshaw show, we can do more than imagine: we can understand. Over the centuries, the human urge to discover has unlocked an incredible amount of knowledge. What it reveals to us is breathtaking. Universal takes us on an epic journey of scientific exploration and, in doing so, reveals how we can all understand some of the most fundamental questions about our Earth, Sun, Solar System and the star-filled galaxies beyond. Some of these questions - How big is our solar system? How fast is space expanding? - can be answered from your back garden; the answers to others - How big is the Universe? What is it made of? - draw on the astonishing information now being gathered by teams of astronomers operating at the frontiers of the known universe. At the heart of all these questions - from the earliest attempts to quantify gravity, to our efforts to understand what dark matter is and what really happened at the birth of our universe - is the scientific process. Science reveals a deeper beauty, connects us to each other, to our world, and to our Universe; and, by understanding the groundbreaking work of others, reaches out into the unknown. What's more, as Universal shows us, if we dare to imagine, we can all do it.

Brian Cox OBE FRS is a Professor of Particle Physics at the University of Manchester and The Royal Society Professor for Public Engagement in Science. His many highly acclaimed BBC television documentaries include, most recently, 'Human Universe' and 'Forces of Nature'.Jeff Forshaw is Professor of Theoretical Physics at the University of Manchester, specializing in the physics of elementary particles. He was awarded the Institute of Physics Maxwell Medal in 1999 for outstanding contributions to theoretical physics.