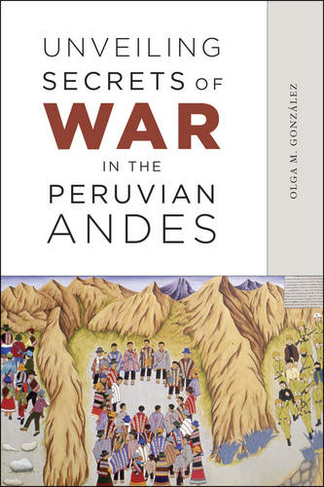 Unveiling Secrets of War in the Peruvian Andes

The Maoist guerrilla group Shining Path launched its violent campaign against the government in Peru's Ayacucho region in 1980. When the military and counterinsurgency police forces were dispatched to oppose the insurrection, the violence quickly escalated. The peasant community of Sarhua was at the epicenter of the conflict, and this small village is the focus of "Unveiling Secrets of War in the Peruvian Andes". There, more than a decade after the event, Olga M. Gonzalez follows the tangled thread of a public secret: the disappearance of Narciso Huicho, the man blamed for plunging Sarhua into a conflict that would sunder the community for years. Drawing on extensive fieldwork and a novel use of a cycle of paintings, Gonzalez examines the relationship between secrecy and memory. Her attention to the gaps and silences within both the Sarhuinos' oral histories and the paintings reveals the pervasive reality of secrecy for people who have endured episodes of intense violence. Gonzalez conveys how public secrets turn the process of unmasking into a complex mode of truth telling. Ultimately, public secrecy is an intricate way of 'remembering to forget' that establishes a normative truth that makes life livable in the aftermath of a civil war. 31 colour plates, 4 maps, 1 table