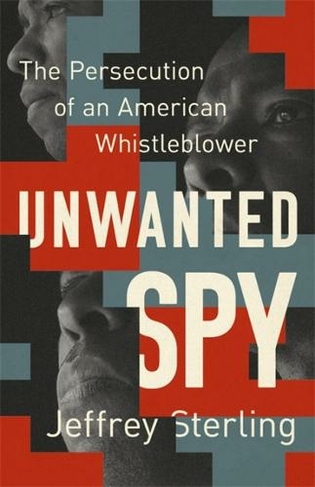 Unwanted Spy: The Persecution of an American Whistleblower

By Jeffrey Sterling (Author)
Hardback
https://www.whsmith.co.uk/products/unwanted-spy-the-persecution-of-an-american-whistleblower/jeffrey-sterling/hardback/9781568585574-12-000.html £18.39 rrp £22.99 Save £4.60 (20%)
GBP
Availability
In Stock
Free Delivery Available When You Spend £25 Or More
Details
Spend £25 on eligible products to receive free standard delivery to home or free next working day click and collect to store
Share

In May 2015, Jeffrey Sterling was sentenced to three and a half years in prison. He was convicted of violating the Espionage Act by revealing details about Operation Merlin (a covert operation that aimed to frame Iran by leaking flawed nuclear blueprints) to journalist and author James Risen. He was released from prison in January 2018. Here, Sterling chronicles his story, from his youth in a poor, segregated neighbourhood in the Midwest, through law school and into the CIA. At the CIA, he rose through the ranks to become operations officer in the Iran task force and later a case officer. But then he hit a glass ceiling and was told that as a black man, he stood out too much and couldn't handle sensitive operations. In 2000, he filed a complaint with the CIA's Equal Employment Office and, a year later, the first racial discrimination lawsuit filed against the agency. But his claim was thrown out and he was terminated, even though he was one of few case officers who were fluent in Farsi, a skill that was in high demand at the time. In 2003, he raised concerns about Operation Merlin with the Senate Intelligence Committee, to no effect. Then, after years working as a health-care fraud investigator, he was arrested by FBI agents, his home was searched and he was charged with espionage. The verdict put him in prison. After serving three years in prison, Sterling is still proud of his work with the CIA and considers himself first and foremost a patriot. It is his patriotism that compelled him to blow the whistle on the systemic racism of the CIA and on the misguided operation in Iran and now to pursue justice.

Jeffrey Sterling is a lawyer and former CIA case officer who was convicted of violating the Espionage Act and was in federal prison in Colorado. Before his trial and conviction, Sterling worked at the CIA, including for the Iran task force, for nearly a decade. He studied political science at Millikin University and holds a law degree from the Washington University School of Law in St. Louis. He was released from prison in January 2018.