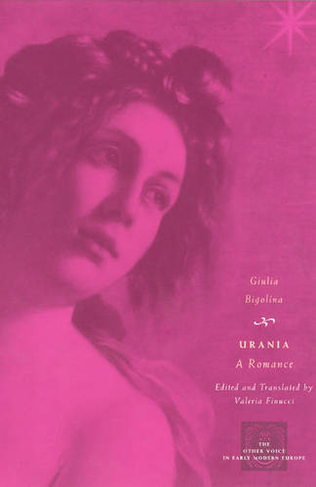 Presented for the first time in a critical English edition, Urania: A Romance provides modern readers with a rare glimpse into the novel and novella forms at a time when narrative genres were not only being invented but, in the hands of women like Giulia Bigolina (1518?-1569?), used as vehicles for literary experimentation. The first known prose romance written by a woman in Italian, Bigolina's Urania centers on the monomaniacal love of a female character falling into melancholy when her beloved leaves her for a more beautiful woman. A tale that includes many of the conventions that would later become standards of the genre--cross-dressing, travel, epic skirmishes, and daring deeds--Urania also contains the earliest treatise on the worth of women. Also included in this volume, the novella Giulia Camposampiero is the only extant part of a probable longer narrative written in the style of the Decameron. While employing some of those same gender and role reversals as Urania, including the privileging of heroic constancy in both men and women, it chronicles the tribulations that a couple undergoes until their secret marriage is publicly recognized.

Valeria Finucci is professor of Italian at Duke University. She is the editor or coeditor of five books and author of two books, most recently, The Manly Masquerade: Masculinity, Paternity, and Castration in the Italian Renaissance.