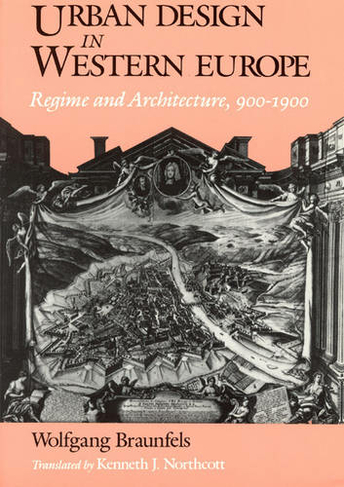 What makes a city endure and prosper? In this masterful survey of a thousand years of urban architecture, Wolfgang Braunfels identified certain themes common to cities as different as Siena and London, Munich and Venice. Most important is an architecture that expresses the city's personality and most particularly its political personality. Braunfels describes and classifies scores of cities--cathedral cities, city-state, maritime cities, imperial cities--and examines the links between their political and architectural histories. Lavishly illustrated with city plans, bird's-eye views, early renderings, and modern photographs, this book will delight and instruct architects, urban planners, historians, and travelers. xiv, 408 p., 190 halftones

Translator, scholar, and stage actor Kenneth J. Northcott (1922-2019) was professor emeritus of Germanic Studies at the University of Chicago and the translator of numerous German-language books for the University of Chicago Press. He is especially known for his inspired translations of works by the Austrian writer Thomas Bernhard, all of which remain in print: The Voice Imitator, Walking, Three Novellas, and Histrionics: Three Plays.