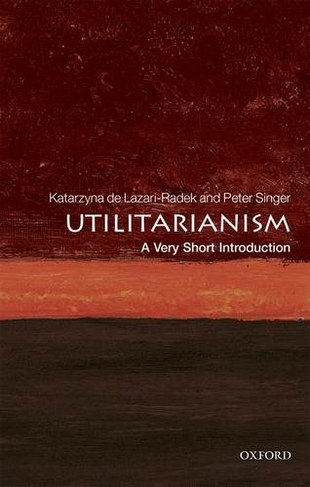 Utilitarianism may well be the most influential secular ethical theory in the world today. It is also one of the most controversial. It clashes, or is widely thought to clash, with many conventional moral views, and with human rights when they are seen as inviolable. Would it, for example, be right to torture a suspected terrorist in order to prevent an attack that could kill and injure a large number of innocent people? In this Very Short Introduction Peter Singer and Katarzyna de Lazari-Radek provide an authoritative account of the nature of utilitarianism, from its nineteenth-century origins, to its justification and its varieties. Considering how utilitarians can respond to objections that are often regarded as devastating, they explore the utilitarian answer to the question of whether torture can ever be justified. They also discuss what it is that utilitarians should seek to maximize, paying special attention to the classical utilitarian view that only pleasure or happiness is of intrinsic value. Singer and de Lazari-Radek conclude by analysing the continuing importance of utilitarianism in the world, indicating how it is a force for new thinking on contemporary moral challenges like global poverty, the treatment of animals, climate change, reducing the risk of human extinction, end-of-life decisions for terminally-ill patients, and the shift towards assessing the success of government policies in terms of their impact on happiness. ABOUT THE SERIES: The Very Short Introductions series from Oxford University Press contains hundreds of titles in almost every subject area. These pocket-sized books are the perfect way to get ahead in a new subject quickly. Our expert authors combine facts, analysis, perspective, new ideas, and enthusiasm to make interesting and challenging topics highly readable. 10 black and white images

Katarzyna de Lazari-Radek is a Polish utilitarian philosopher, working as Assistant Professor at the Institute of Philosophy at the University of Lodz. She is the author of several articles in Polish and English on Henry Sidgwick, utilitarianism, bioethics, and philosophy for children, and, with Peter Singer, has co-authored The Point of View of the Universe: Sidgwick and Contemporary Ethics (OUP, 2014). She is currently working on a book on happiness.Peter Singer is Ira W. DeCamp Professor of Bioethics in the University Center for Human Values at Princeton University, a position that he now combines with the position of Laureate Professor at the University of Melbourne. An Australian, in 2012 he was made a Companion to the Order of Australia, his country's highest civilian honour. His books include Animal Liberation (1975; Bodley Head, 2015) Practical Ethics (1979; CUP, 2011), The Life You Can Save (Picador,2010), and The Most Good You Can Do (Yale University Press, 2015).