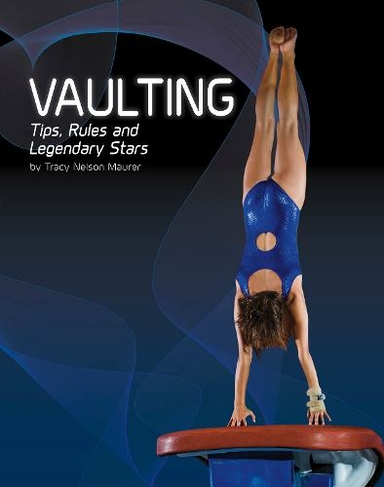 Vaulting takes a lot more than just a run and jump onto a springboard. It requires preparation, practice and understanding of this unique event. A gymnast who dedicates her time and effort could one day see her name next to the greats. Are you ready to give it your all on the vault?

Tracy Nelson Maurer has written nonfiction and fiction books for children and young adults for more than 15 years, including the award-winning picture book "Storm Codes". She holds an MFA in Writing for Children and Young Adults from Hamline University. When she's not writing, Tracy is racing to various activities with her family near Minneapolis, Minnesota. Martin Bustamante is an illustrator and painter from Argentina. At the age of 3 he was able to draw a horse "starting by the tail" as his mother always says. As a teenager he was inspired by fascinating worlds full of colors, shapes, and atmospheres found in movies and books such as Star Wars and Prince Valiant. Drawing and painting quickly became Martin's passions and he began working as a professional illustrator. Martin's work has appeared in several publications from Argentina, the United States, and Europe.