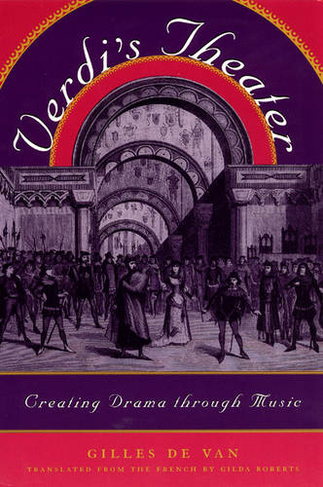 Gilles de Van focuses on an often neglected aspect of Verdi's operas: their effectiveness as theater. De Van argues that two main aesthetic conceptions underlie all of Verdi's works: that of the "melodrama" and the "musical drama." In the melodrama the composer relies mainly on dramatic intensity and the rhythm linking various stages of the plot, using exemplary characters and situations. But in the musical drama reality begins to blur, the musical forms lose their excessively neat patterns, and doubt and ambiguity undermine characters and situations, reflecting the crisis of character typical of modernity. Indeed, much of the interest and originality of Verdi's operas lie in his adherence to both these contradictory systems, allowing the composer/dramatist to be simultaneously classical and modern, traditionalist and innovator. 26 musical examples