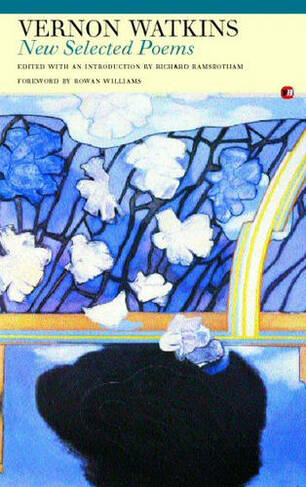 Brought back into print in 2017 to mark the 50th anniversary of Vernon Watkins' death. Vernon Watkins (1906-1967) was called by Kathleen Raine: 'the greatest lyric poet of my generation.' Dylan Thomas referred to him as: 'the most profound and greatly accomplished Welshman writing poems in English', or, in a letter, as 'the only other poet except me whose poetry I really like today.' Philip Larkin wrote: 'In Vernon's presence poetry seemed like a living stream, in which one had only to dip the vessel of one's devotion. He made it clear how one could, in fact, 'live by poetry'; it was a vocation, at once difficult as sainthood and easy as breathing.' All Watkins's poetry was published by Faber & Faber in his lifetime, and he was friends with such widely differing poets as: W.B. Yeats, T.S. Eliot, David Jones, Dylan Thomas, Marianne Moore, Philip Larkin, R.S. Thomas and Kathleen Raine. When he died, in 1967, he was being considered for poet laureate, after the death of John Masefield. Since that time, however, although a few have continued to praise his poetry very highly, public awareness of it has ceased almost completely, creating a bizarre gap in the perception of 20th Century poetry.100 years after Watkins's birth (June 27th, 1906), "New Selected Poems of Vernon Watkins" offers the first widely available selection of his poetry since his death, with a new introduction and notes, outlining the literary and biographical context of his work, and a foreword by Rowan Williams, the Archbishop of Canterbury. It is a rare joy thus to be reintroducing the work of a major poet to a new generation of readers.

VERNON WATKINS was born on June 27th, 1906, in Maesteg, South Wales. During his lifetime 8 volumes of his poetry were published by Faber & Faber - with a 9th appearing posthumously. At his death he had won several major poetry prizes, was a visiting Professor of Poetry in America, and was being considered for poet laureate. He was friends with poets as diverse as: W. B. Yeats, T.S. Eliot, David Jones, Dylan Thomas Philip Larkin, R.S. Thomas and Kathleen Raine. The latter called Watkins: 'The greatest lyric poet of my generation.' Dylan Thomas called him: 'the most profound and greatly accomplished Welshman writing poems in English.' He lived most of his life on the Gower Peninsula, with his wife and five children, and earned his living working as a clerk for Lloyds Bank. He died in America on October 8th, 1967. Richard Ramsbotham was born in Northumberland in 1962. He read English at Cambridge, and lectured in English at Warsaw University (1989-1993). He teaches Speech and Drama for a living. He is the author of Who Wrote Bacon? William Shakespeare, Francis Bacon and James 1. A Mystery for the Twenty-First Century (Temple Lodge, 2004), and is currently writing the authorised biography of Vernon Watkins.