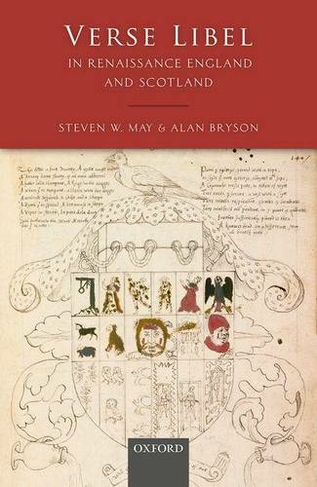 In Renaissance England and Scotland, verse libel was no mere sub-division of verse satire but a fully-developed, widely-read poetic genre in its own right. This fact has been hidden from literary historians by the nature of the genre itself: defamation was rigorously prosecuted by state and local authorities throughout the period. Thus most (but not all) libelling, in verse or prose, was confined to manuscript circulation. This comprehensive survey of the genre identifies all sixteenth-century verse libel texts, printed and transcribed. It makes fifty-two of the least familiar of these poems accessible for further study by providing critical texts with glosses and explanatory notes. In reconstructing the contexts of these poems, we identify a number of the libellers, their targets, the circumstances of attack, and the workings of the scribal networks that disseminated many of them over wide areas, often for decades. The book's concentration on poems restricted to manuscript circulation throws substantial new light on the nature of Renaissance scribal culture. As poetic technicians, its practitioners were among the age's most experimental and creative. They produced some of the most popular, widely read works of their age and beyond, while their output established the foundation upon which the seventeenth-century tradition of verse libel developed organically. 2 black-and-white halftones

Steven W. May was born in Indianapolis, Indiana, earned his B.A. at Rockford College, Rockford, Illinois, and his M.A. and Ph.D. degrees at the University of Chicago. He taught English at Augustana College, Northern Illinois University, and for thirty-five years at Georgetown College, Georgetown, Kentucky. He retired to Atlanta in 2004 to continue his research and writing in affiliation with Emory University. From 2009-2013 he served as principal investigator of the"Recovering our Scribal Heritage" grant at the University of Sheffield, funded by the Arts and Humanities Research Council.Alan Bryson is a Research Fellow in the Humanities Research Institute, Sheffield University, working on the correspondence of the mercer and financier Sir Thomas Gresham. He is a sixteenth-century British historian, specialising in the reigns of Henry VIII during the 1530s and 1540s and of his son Edward VI, with a particular interest in relations between the crown and the nobility and gentry. He also works on mid-Tudor Ireland and on sixteenth-century English and Scottish verse libel andmanuscript culture, and has published with colleagues from the fields of Archaeology, Art History, English Language, and English Literature. He is writing a monograph titled Lordship and Government in Mid-Tudor England.