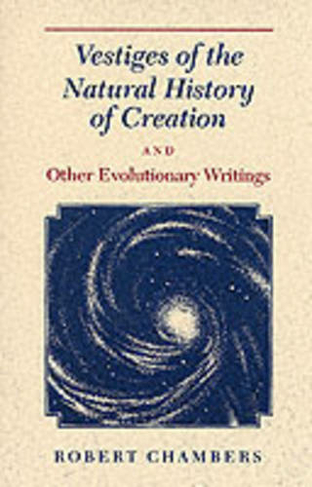 Vestiges of the Natural History of Creation 2nd ed.

Originally published anonymously in 1844, "Vestiges" proved to be as controversial as its author expected. Integrating research in the burgeoning sciences of anthropology, geology, astronomy, biology, economics and chemistry, it was the first attempt to connect the natural sciences to a history of creation. The author, whose identity was not revealed until 1884, was Robert Chambers, a leading Scottish writer and publisher. "Vestiges" reached a huge popular audience and was widely read by the social and intellectual elite. It sparked debate about natural law, setting the stage for the controversy over Darwin's "Origin". In response to the surrounding debate and criticism, Chambers published "Explanations: A Sequel", in which he offered a reasoned defence of his ideas about natural law, castigating what he saw as the narrowness of specialist science. With a new introduction by James Secord, a bibliography of reviews and a new index, this volume adds to "Vestiges" and "Explanations" Chambers's earliest works on cosmology, an essay on Darwin, and an autobiographical essay, raising important issues about the changing meanings of popular science and religion and the rise of secular ideologies in Western culture. bibliography, index