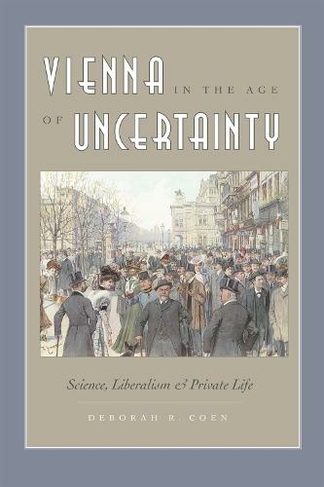 Vienna in the Age of Uncertainty: Science, Liberalism and Private Life

"Vienna in the Age of Uncertainty" traces the vital and varied roles of science through the story of three generations of the eminent Exner family, whose members included Nobel Prize - winning biologist Karl Frisch, the teachers of Freud and of physicist Erwin Schrodinger, artists of the Vienna Secession, and a leader of Vienna's women's movement. Training her critical eye on the Exners through the rise and fall of Austrian liberalism and into the rise of the Third Reich, Deborah R. Coen demonstrates the interdependence of the family's scientific and domestic lives, exploring the ways in which public notions of rationality, objectivity, and autonomy were formed in the private sphere. "Vienna in the Age of Uncertainty" presents the story of the Exners as a microcosm of the larger achievements and tragedies of Austrian political and scientific life in the late nineteenth and early twentieth centuries. 22 halftones