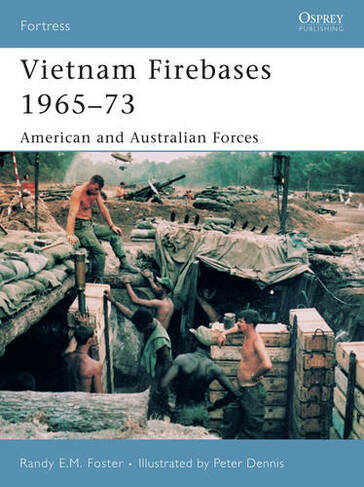 Impressive in terms of scale and structure, the Fire Support Base became a dominant element in ground maneuver during the Vietnam War. Initially a mobile base, it soon evolved into a semi-permanent and more sophisticated fortress as a result of enemy counterattacks and bombardments. Thus, the first and foremost function of the Fire Support Base was defensive. Troops, artillery, surveillance radars, and command centers all had to be dug into bunkers and fire trenches by nightfall of the first day. With the benefit of the on-site howitzers, the FSB could also deliver offensive fire, eliminating enemy firing sites or supporting friendly infantry operations. In fact, the fort offered such a degree of support and protection that ground maneuver was eventually hampered by the troop's reluctance to leave the comfort and safety of the FSB. With a description of the design, development and operational history of the Fire Support Base, this book provides the key to understanding one of the main assets of US battle strategy in the Vietnam War. Illustrations

Randy E.M. Foster is an independent British military historian who has observed modern armies at close hand, including studies of NATO tactics in Germany. He has specialized in the Vietnam War, with his first articles on US tactics appearing in War in Peace magazine Nos. 48 and 50, in 1983-4. Since then he has contributed to the wargame press and he is currently active in the Battlefields Trust, for whom he is regional organizer for North-West England. He lives in Manchester, UK. The author lives in Manchester, UK.