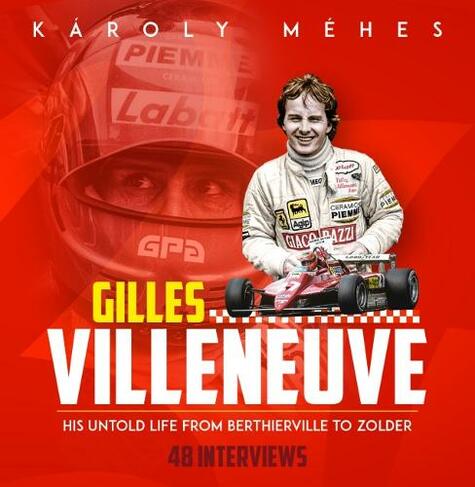 Villeneuve: His Untold Life from Berthierville to Zolder

By Karoly Mehes (Author)
Hardback
https://www.whsmith.co.uk/products/villeneuve-his-untold-life-from-berthierville-to-zolder/karoly-mehes/hardback/9781785314582-03-000.html £7.49 rrp £25.00 Save £17.51 (70%)
GBP
Availability
In Stock
Free Delivery Available When You Spend £25 Or More
Details
Spend £25 on eligible products to receive free standard delivery to home or free next working day click and collect to store
Share

Villeneuve sheds new light on the Formula 1 legend through 48 illuminating interviews with his contemporaries and a stunning array of action and behind-the-scenes photographs, many previously unseen. Gilles Villeneuve, F1's last cavalier, lives on in the memories of his fans - his heritage all the more colourful thanks to Karoly Mehes' vivid tribute. Villeneuve's Formula 1 career only lasted for 67 grands prix between 1977 and 1982, yet he made an indelible impression as a driver who raced without limits. Having debuted for McLaren, the daredevil Canadian soon switched to F1's most charismatic team: Enzo Ferrari was Villeneuve's biggest fan. After his tragic death in May 1982, Villeneuve's legend has continued to grow globally. Karoly Mehes has interviewed Villeneuve's Ferrari team-mates, his opponents and journalists - as well as Gilles' widow, Joann, and son, Jacques (world champion of 1997). Nearly 40 years on, they speak about the incandescent star of Formula 1 - a man who gave everything for his beloved sport, ultimately his life. Colour photographic book

Karoly Mehes became a fan of Gilles Villeneuve in his adolescence, despite living in then-communist Hungary. A motorsport journalist since the 90s, he has published more than 20 F1 titles, his most recent being Ferrari 70, a history of the Scuderia. Karoly worked for more than a year on conducting the Villeneuve interviews in Maranello and at other tracks on the F1 circuit.