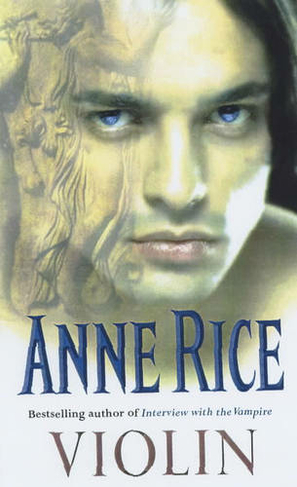 Triana's grief is deep and almost boundless. Death has marked her, and taken her husband. Now only the music in her dreams can carry her from night to night. And now, into those dreams, into those nights, comes Stefan, the restless, tormented ghost of a Russian aristocrat. Stefan's musical genius will first enchant Triana, then dominate her sothat she will be drawn into the cruel past in which he lived his earthly life. Finally Triana will find herself in the realm of ghosts and spectres where an ally awaits her... Surreal, dramatic and mesmerising, Violin moves across time and continents to bring together three lost souls bound to one another through music, passion and rapture.

Anne Rice is the author of more than thirty internationally bestselling books including the Mayfair Witches sequence, Songs of the Seraphim and the Wolf Gift Chronicles. The phenomenon that became the Vampire Chronicles began with Interview with the Vampire in 1976, later made into a film starring Tom Cruise and Brad Pitt, and culminated with Blood Canticle in 2003. Prince Lestat, published in 2014, and Prince Lestat and the Realms of Atlantis, published in 2016, were the first new Vampire Chronicle novels for over a decade. Anne Rice lives in California.