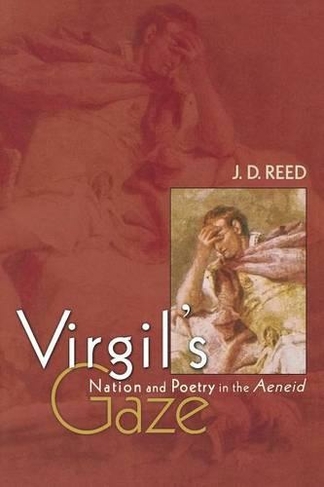 Virgil's Gaze: Nation and Poetry in the Aeneid

Virgil's Aeneid invites its reader to identify with the Roman nation whose origins and destiny it celebrates. But, as J. D. Reed argues in Virgil's Gaze, the great Roman epic satisfies this identification only indirectly--if at all. In retelling the story of Aeneas' foundational journey from Troy to Italy, Virgil defines Roman national identity only provisionally, through oppositions to other ethnic identities--especially Trojan, Carthaginian, Italian, and Greek--oppositions that shift with the shifting perspective of the narrative. Roman identity emerges as multivalent and constantly changing rather than unitary and stable. The Roman self that the poem gives us is capacious--adaptable to a universal nationality, potentially an imperial force--but empty at its heart. However, the incongruities that produce this emptiness are also what make the Aeneid endlessly readable, since they forestall a single perspective and a single notion of the Roman. Focusing on questions of narratology, intertextuality, and ideology, Virgil's Gaze offers new readings of such major episodes as the fall of Troy, the pageant of heroes in the underworld, the death of Turnus, and the disconcertingly sensual descriptions of the slain Euryalus, Pallas, and Camilla. While advancing a highly original argument, Reed's wide-ranging study also serves as an ideal introduction to the poetics and principal themes of the Aeneid.

J. D. Reed is Assistant Professor of Greek and Latin at the University of Michigan, and the editor of Bion of Smyrna: The Fragments and the Adonis.