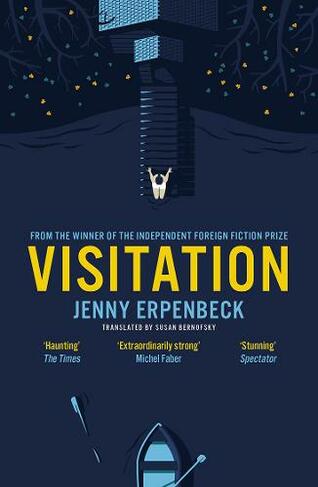 By the side of a lake in Brandenburg, a young architect builds the house of his dreams - a summerhouse with wrought-iron balconies, stained-glass windows the colour of jewels, and a bedroom with a hidden closet, all set within a beautiful garden. But the land on which he builds has a dark history of violence that began with the drowning of a young woman in the grip of madness and that grows darker still over the course of the century: the Jewish neighbours disappear one by one; the Red Army requisitions the house, burning the furniture and trampling the garden; a young East German attempts to swim his way to freedom in the West; a couple return from brutal exile in Siberia and leave the house to their granddaughter, who is forced to relinquish her claim upon it and sell to new owners intent upon demolition. Reaching far into the past, and recovering what was lost and what was buried, Jenny Erpenbeck tells a story both beautiful and brutal, about the things that haunt a home.

Jenny Erpenbeck is the author of The Old Child & The Book of Words (2008), Visitation (2010) and The End of Days (2014, winner of the Independent Foreign Fiction Prize), and Go, Went, Gone (2017), all published by Portobello. Her fiction is published in twenty-six languages.Susan Bernofsky has translated works by Robert Walser, Hermann Hesse, Gregor von Rezzori, Yoko Tawada, Ludwig Harig and Franz Kafka. She is the author of Foreign Words: Translator-Authors in the Age of Goethe and is currently at work on a biography of Robert Walser. Her translation of The Old Child and Other Stories was awarded the 2006 Helen and Kurt Wolff Translator's Prize.