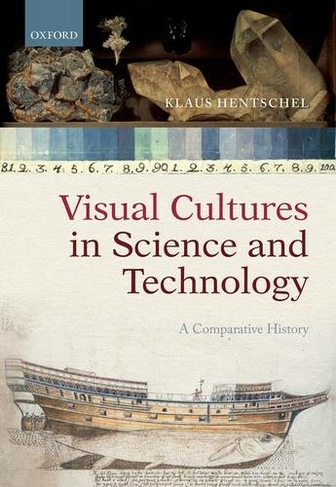 Visual Cultures in Science and Technology A Comparative History

This book is offers a broad, comparative survey of a booming field within the history of science: the history, generation, use, and function of images in scientific practice. It explores every aspect of visuality in science, arguing for the concept of visual domains. What makes a good scientific image? What cultural baggage is essential to it? Is science indeed defined by its pictures? This book attempts a synthesis. It delves into the rich reservoir of case studies on visual representations in scientific and technological practice that have accumulated over the past couple of decades by historians, sociologists, and philosophers of science. The main aim is thus located on the meta-level. It adopts an integrative view of recurrently noted general features of visual cultures in science and technology, something hitherto unachieved and believed by many to be a mission impossible. By systematic comparison of numerous case studies, the purview broadens away from myopic microanalysis in search of overriding patterns. The many different disciplines and research areas involved encompass mathematics, technology, natural history, medicine, the geosciences, astronomy, chemistry, and physics. The chosen examples span the period from the Renaissance to the late 20th century. The broad range of visual representations in scientific practice is treated, as well as schooling in pattern recognition, design and implementation of visual devices, and a narrowing in on the special role of illustrators and image specialists. 126 b/w illustrations, 16pp colour plates