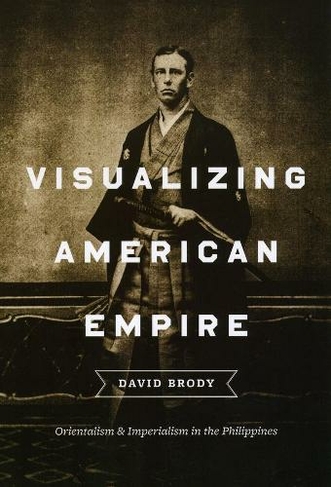 Visualizing American Empire: Orientalism and Imperialism in the Philippines

In 1899 an American could open a newspaper and find outrageous images, such as an American soldier being injected with leprosy by Filipino insurgents. These kinds of hyperbolic accounts, David Brody argues in this illuminating book, were just one element of the visual and material culture that played an integral role in debates about empire in late nineteenth- and early twentieth-century America. "Visualizing American Empire" explores the ways visual imagery and design shaped the political and cultural landscape. Drawing on a myriad of sources - including photographs, tattoos, the decorative arts, the popular press, maps, parades, and material from world's fairs and urban planners - Brody offers a distinctive perspective on American imperialism. Exploring the period leading up to the Spanish-American War, as well as beyond it, Brody argues that the way Americans visualized the Orient greatly influenced the fantasies of colonial domestication that would play out in the Philippines. Throughout, Brody insightfully examines visual culture's integral role in the machinery that runs the colonial engine. The result is essential reading for anyone interested in the history of the United States, art, design, or empire. 66 halftones, 2 line drawings

David Brody is assistant professor of design studies at Parsons, the New School for Design, and coeditor of Design Studies: A Reader.