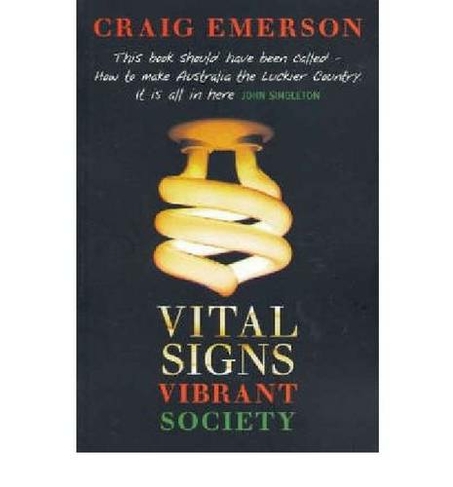 Dr. Craig Emerson is the federal Labor MP for the seat of Rankin, Queensland. He was elected to parliament in 1998 and has held the positions of Chair of the Caucus Economic Committee and several shadow ministries. This book proposes a school funding program that removes distinctions between government and private schools. It sets out reforms of the tax and welfare systems to improve work incentives. ""Vital Signs, Vibrant Society"" sets out a program of economic and social reform for the next 50 years aimed at boosting the living standards and overall wellbeing of all Australians during a period when the nation's population will age significantly. In this far-reaching book, economist and high-profile Federal Labor backbencher, Craig Emerson advocates extra investment in the five l's - intellect, ideas, infrastructure, initiative and immigration.