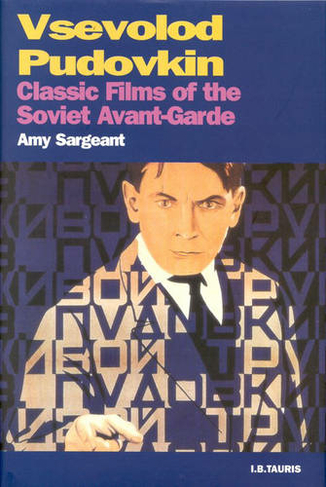 Pudovkin is listed amongst the great and the good of twentieth century directors: his influence is acknowledged by such diverse figures as Hitchcock and Kubrick, Zavattini and Mamet, and Walter Benjamin usedhis work as a vital source forhis studies of the aesthetics and cultural politics of the period. Vsevelod Pudovkin: Classic Works of the Soviet Avant-Garde is the first book on Pudovkin for more than twenty-five years. It covers his career from his apprenticeship with Gardin and Kuleshov in the early '20s to his sound films of the early '30s. It discusses films on which Pudovkin worked as director, as collaborator and in which he appeared, from the famous troika, The Mother, The End of St Petersburg and Storm over Asia to the lesser known The Mechanics of the Brain and The Living Corpse. Pudovkin's art is placed in the context of his contribution to the cultural and political fervour of Soviet Russia after the Revolution, and especially the theoretical disputes with his contemporary Eisenstein. The book also suggests broader alignments within European avant-garde movements and takes a close look at the influence D. W. Griffith exerted over this giant of early Soviet film-making. Vsevelod Pudovkin: Classic Films of the Soviet Avant-Garde is the companion volume to Richard Taylor's translations of Pudovkin's writings, The Pudovkin Collection. 20 b&w illustrations

Amy Sargeant is Lecturer in Media Art at the University of Plymouth, Exeter.