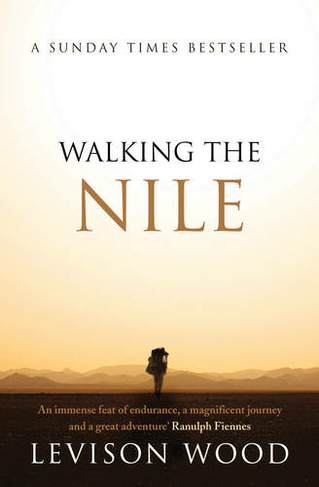 A major Channel 4 series and a Sunday Times bestseller His journey is 4,250 miles long. He is walking every step of the way, camping in the wild, foraging for food, fending for himself against multiple dangers. He is passing through rainforest, savannah, swamp, desert and lush delta oasis. He will cross seven, very different countries. No one has ever made this journey on foot. In this detailed, thoughtful, inspiring and dramatic book, recounting Levison Wood's walk the length of the Nile, he will uncover the history of the Nile, yet through the people he meets and who will help him with his journey, he will come face-to-face with the great story of a modern Africa emerging out of the past. Exploration and Africa are two of his great passions - they motivate his inquisitiveness and resolution not to fail, yet the challenges of the terrain, the climate, the animals, the people and his own psychological resolution will throw at him are immense. The dangers are very real, but so is the motivation for this ex-army officer. If he can overcome the mental and physical challenges, he will be walking into history... 2 x 8pp Colour Plates

Levison Wood is a writer and explorer. Having traveled in over 80 countries he documents the journeys of tribal peoples and minority groups around the world. He served as an officer in the British Army Parachute Regiment with operational experience in Afghanistan and training missions around the world. His expeditions have taken him from the deserts of North Africa, to the mountains of Central Asia and the jungles of South America. He is a Co-Founder of Secret Compass, has led pioneering treks across Madagascar and Iraq and is the first man to attempt to walk the length of the Nile in 2014. Levison is a Fellow of the Royal Geographical Society and International Fellow of the Explorers Club. He was born in Staffordshire in 1982 and educated at the University of Nottingham and the Royal Military Academy Sandhurst.