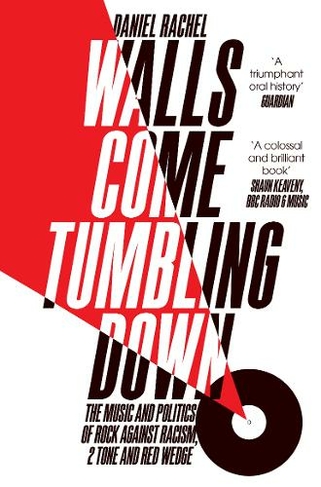 Walls Come Tumbling Down The Music and Politics of Rock Against Racism, 2 Tone and Red Wedge

Walls Come Tumbling Down charts the pivotal period between 1976 and 1992 that saw politics and pop music come together for the first time in Britain's musical history; musicians and their fans suddenly became instigators of social change, and 'the political persuasion of musicians was as important as the songs they sang'. Through the voices of campaigners, musicians, artists and politicians, Daniel Rachel follows the rise and fall of three key movements of the time: Rock Against Racism, 2 Tone, and Red Wedge, revealing how they all shaped, and were shaped by, the music of a generation. Composed of interviews with over a hundred and fifty of the key players at the time, Walls Come Tumbling Down is a fascinating, polyphonic and authoritative account of those crucial sixteen years in Britain's history.

Daniel Rachel was born in Solihull in the summer before The Beatles announced their break-up. He wrote his first song when he was sixteen and was the lead-singer in Rachels Basement, which he formed in his early twenties. In 2001, he released his debut solo album, A Simple Twist Of Folk, on Dust Records, followed in 2006 by A Taste Of Money. Daniel is a specialist in Forum Theatre direction and lives in north London with his partner and three children. Isle of Noises is his first book. For more information and exclusive material, please visit www.isleofnoises.co.uk.