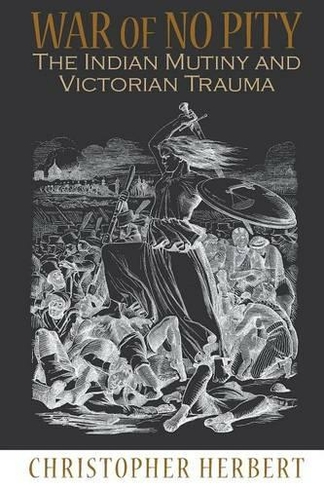 War of No Pity The Indian Mutiny and Victorian Trauma

On May 11, 1857, Hindu and Muslim sepoys massacred British residents and native Christians in Delhi, setting off both the whirlwind of similar violence that engulfed Bengal in the following months and an answering wave of rhetorical violence in Britain, where the uprising against British rule in India was often portrayed as a clash of civilization and barbarity demanding merciless retribution. Although by twentieth-century standards the number of victims was small, the Victorian public saw "the Indian Mutiny" of 1857-59 as an epochal event. In this provocative book, Christopher Herbert seeks to discover why. He offers a view of this episode--and of Victorian imperialist culture more generally--sharply at odds with the standard formulations of postcolonial scholarship. Drawing on a wealth of largely overlooked and often mesmerizing nineteenth-century texts, including memoirs, histories, letters, works of journalism, and novels, War of No Pity shows that the startling ferocity of the conflict in India provoked a crisis of national conscience and a series of searing if often painfully ambivalent condemnations of British actions in India both prior to and during the war. Bringing to light the dissident, disillusioned, antipatriotic strain of Victorian "mutiny writing," Herbert locates in it key forerunners of modern-day antiwar literature and the modern critique of racism. 8 halftones.

Christopher Herbert is the Chester D. Tripp Professor of the Humanities at Northwestern University. He is the author of three previous books, including "Victorian Relativity: Radical Thought and Scientific Discovery".