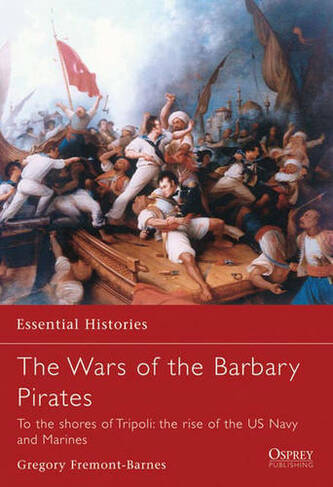 Wars of the Barbary Pirates: To the Shores of Tripoli: The Birth of the US Navy and Marines (Essential Histories No. 66)

By Gregory Fremont-Barnes (Author)
Paperback
https://www.whsmith.co.uk/products/wars-of-the-barbary-pirates-to-the-shores-of-tripoli-the-birth-of-the-us-navy-and-marines-essential-/gregory-fremontbarnes/paperback/9781846030307-01-000.html £13.79 rrp £14.99 Save £1.20 (8%)
GBP
Availability
Currently unavailable. We don't know when or if this item will be back in stock
Free Saver Delivery on orders over £20
Details
FREE SHIPPING over £20 for Saver Delivery
Share

The Barbary War was the first war to be waged by the United States after gaining independence. Illustrations (some col.)