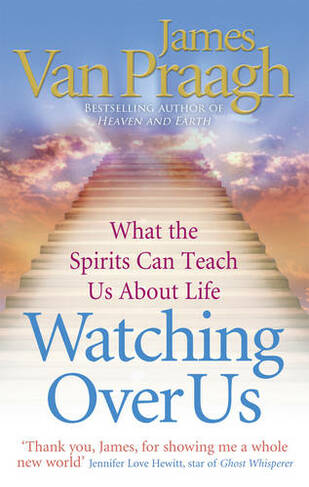 Watching Over Us: What the Spirits Can Teach Us About Life

Bestselling author James Van Praagh is the celebrity medium whose work is a major inspiration behind the hit TV show 'Ghost Whisperer'. During his international career as a messenger of the spirit world, he has been astounded by the incredible proof of life after death. And he has been amazed by how involved the spirits are in our daily lives. Our loved ones may have passed over, yet they still care. This dazzling book is brimming with stories that show how keen the spirits are to help us learn from their mistakes, so we can avoid the traps that caught them out on earth. Watching Over Us is a life manual with a difference, full of wisdom from the Other Side - empowering us to have our time again here and now.

Born in New York, James Van Praagh took comfort in spiritual visions from an early age. After graduating from San Francisco State University, he spent ten years as an aspiring scriptwriter before finding his true calling as a medium. He has many celebrity clients and has appeared on Larry King Live and The Oprah Winfrey Show. He is co-creator and co-producer of the #1 CBS drama 'Ghost Whisperer', starring Jennifer Love Hewitt.