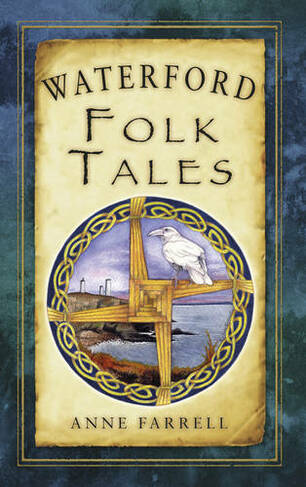 The mountains and spectacular coastline of County Waterford are rich in traditional stories. Even today, in the modern world of internet and supermarkets, old legends dating as far back as the days of the ancient Gaelic tribes and the carvers of the ogham stones are still told and are gathered here in this unique collection of tales from across the county. Included here are tales of well-known legendary figures such as Aoife and Strongbow, St Declan and the three river goddesses Eiru, Banba and Fodhla, guardians of the rivers Suir, Nore and Barrow, as well as stories of less well-known characters such as Petticoat Loose, whose ghost is said to still roam the county, and the Republican Pig, who was unfortunate enough to become caught up in the siege of Waterford. In a vivid journey through Waterford's landscape, from the towns and villages to the remotest places, by mountains, cliffs and valleys, local storyteller Anne Farrell takes the reader along old and new roads to places where legend and landscape are inseparably linked.

Anne Farrell was born and brought up in Waterford. She is a professional storyteller and playwright and is a member of Storytellers Ireland. In 1996 she was involved in foundation of Cuala Verbal Arts in Waterford. She recently won the Allingham Award (Short Story) and has several times been a finalist in the P.J. O'Connor Awards (Radio Drama). In 2000 she was Storyteller in Residence at Greensboro University, North Carolina and she has just returned from Prague, where the Prague Philharmonic Chamber Orchestra and Choir performed her version of "Niamh of the Goldenhair" in collaboration with composer Eric Sweeney.