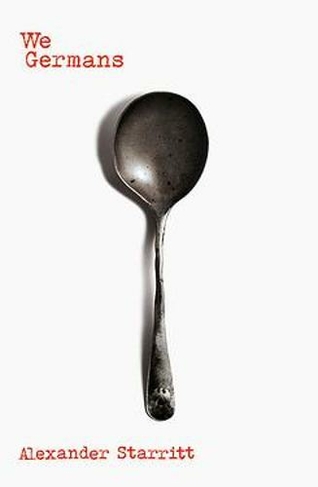 'An impressively realistic novel of German soldiers on the eastern front' Antony Beevor 'Starritt's daring work challenges us to lay bare our histories, to seek answers from the past, and to be open to perspectives starkly different from our own' New York Times When a young British man asks his German grandfather what it was like to fight on the wrong side of the war, the question is initially met with irritation and silence. But after the old man's death, a long letter to his grandson is found among his things. That letter is this book. In it, he relates the experiences of an unlikely few days on the Eastern Front - at a moment when he knows not only that Germany is going to lose the war, but that it deserves to. He writes about his everyday experience amid horror, confusion and great bravery, and he asks himself what responsibility he bears for the circumstances he found himself in. As he tries to find an answer he can live with, we hear from his grandson what kind of man he became in the seventy years after the war. We Germans is a fundamentally human novel that grapples with the most profound of questions about guilt, shame and responsibility - questions that remain as live today as they have always been.

Alexander Starritt was born half-Scots, half-German in 1985, and grew up in the Scottish north-east. Educated in Edinburgh and at Oxford, he translates fiction, poetry and academia from German, including Stefan Zweig's A Chess Story. He has reviewed for the Times Literary Supplement, The Spectator and the Mail on Sunday, and his short fiction has been shortlisted for the Paris Literary Prize. His first novel, The Beast, was published in 2017.