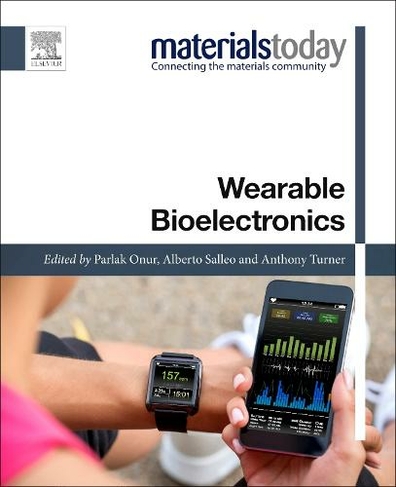 Professor Anthony P.F. Turner PhD; DSc; FRSC; is a pioneer in the field of biosensors and bioelectronics. He is Emeritus Professor of Biotechnology at Cranfield University in the UK, a Foreign Member of the USA National Academy of Engineering, Editor-in-Chief of the journal Biosensors & Bioelectronics (Elsevier), and Executive Chair of the World Congress on Biosensors (Elsevier). He is Member of the Royal Swedish Academy of Engineering Science and Fellow of the Royal Society of Chemistry. Alberto Salleo is currently an Associate Professor of Materials Science at Stanford University. Alberto Salleo graduated as a Fulbright Fellow with a PhD in Materials Science from UC Berkeley in 2001 working at Lawrence Livermore National Laboratory on laser-induced optical breakdown in fused silica. From 2001 to 2005 Salleo was first post-doctoral research fellow and successively member of research staff at Xerox Palo Alto Research Center, where he worked with Bob Street on device and materials physics of disordered and polymeric semiconductors. In 2005 Salleo joined the Materials Science and Engineering Department at Stanford as an Assistant Professor. While at Stanford, Salleo won the NSF Career Award, the 3M Untenured Faculty Award, the SPIE Early Career Award, the Tau Beta Pi Excellence in Undergraduate Teaching Award and the Gores Teaching Award, Stanford's highest teaching honor. Prof. Salleo is a Principal Editor of MRS Communications. Onur Parlak is a postdoctoral research fellow at Stanford University, Materials Science and Engineering. He received his PhD degree in Bioelectronics from Linkoeping University, Biosensors and Bioelectronics Centre in September 2015. Earlier, he was visiting research intern at Nanyang Technological University, Materials Science and Engineering Department, Singapore in 2011. He received his master and bachelor degree from Izmir Institute of Technology, Department of Chemistry in 2011 and 2009, respectively. Dr. Parlak's research in Stanford University focuses on wearable biosensors for early diagnosis of metabolic disease, and energy devices for wearable bioelectronics.