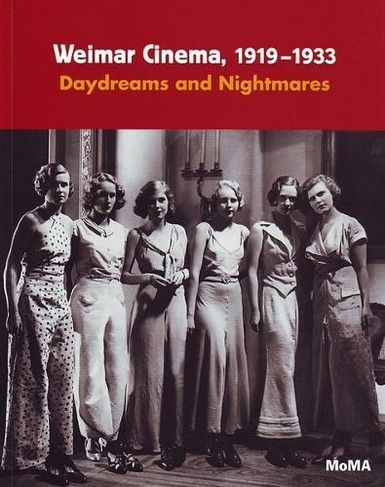 Published in conjunction with the Museum's presentation of 75 featurelength films from theWeimar era, many of them only recently restored, Weimar Cinema 1919-1933: Daydreams and Nightmares reconsiders the broad spectrum of influential German films made between the world wars. Both films made in Germany and those made in America by the emigre filmmakers who arrived in Hollywood before Hitler took power deeply affected American cinema. Weimar Cinema is the first comprehensive survey of this period to include popular cinema - musicals, comedies, the `daydreams' of the working class - along with the `nightmarish' classics such as Fritz Lang's Dr.Mabuse der Spieler and M, F.W. Murnau's Nosferatu: Eine Symphonie des Grauens and G.W. Pabst's Pandora's Box. Richly illustrated with film stills, the book examines how our understanding of these films has changed in the last half century and investigates important themes in films from this period, including the portrayal of women and the role of sound. Supplementing the essays is a detailed illustrated filmography of the 75 films featured in the programme; each film is accompanied by a brief description and excerpts from reviews. 130 Halftones, duotone