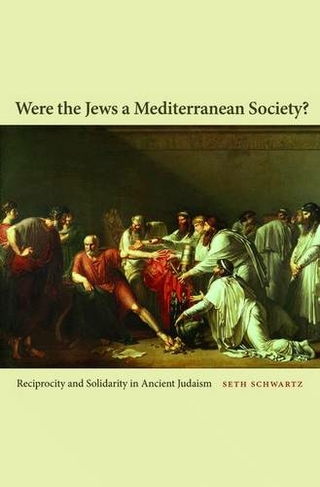 Were the Jews a Mediterranean Society?: Reciprocity and Solidarity in Ancient Judaism

How well integrated were Jews in the Mediterranean society controlled by ancient Rome? The Torah's laws seem to constitute a rejection of the reciprocity-based social dependency and emphasis on honor that were customary in the ancient Mediterranean world. But were Jews really a people apart, and outside of this broadly shared culture? Were the Jews a Mediterranean Society? argues that Jewish social relations in antiquity were animated by a core tension between biblical solidarity and exchange-based social values such as patronage, vassalage, formal friendship, and debt slavery. Seth Schwartz's examinations of the Wisdom of Ben Sira, the writings of Josephus, and the Palestinian Talmud reveal that Jews were more deeply implicated in Roman and Mediterranean bonds of reciprocity and honor than is commonly assumed. Schwartz demonstrates how Ben Sira juxtaposes exhortations to biblical piety with hard-headed and seemingly contradictory advice about coping with the dangers of social relations with non-Jews; how Josephus describes Jews as essentially countercultural; yet how the Talmudic rabbis assume Jews have completely internalized Roman norms at the same time as the rabbis seek to arouse resistance to those norms, even if it is only symbolic. Were the Jews a Mediterranean Society? is the first comprehensive exploration of Jewish social integration in the Roman world, one that poses challenging new questions about the very nature of Mediterranean culture.

Seth Schwartz is the Lucius N. Littauer Professor of Classical Jewish Civilization and professor of religion at Columbia University. He is the author of Imperialism and Jewish Society, 200 BCE to 640 CE (Princeton) and Josephus and Judaean Politics.