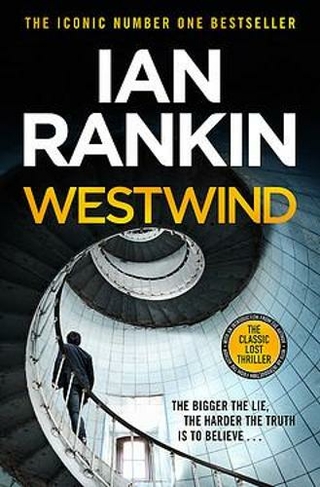 By Ian Rankin (Author)
Hardback
£16.00 rrp £20.00 Save £4.00 (20%)
GBP
Availability
In Stock
Free Delivery Available When You Spend £25 Or More
Details
Spend £25 On Products To Receive Free Standard Delivery To Your Home

THE CLASSIC LOST THRILLER FROM THE ICONIC NUMBER ONE BESTSELLER * * * * * It always starts with a small lie. That's how you stop noticing the bigger ones. After his friend suspects something strange going on at the launch facility where they both work - and then goes missing - Martin Hepton doesn't believe the official line of "long-term sick leave"... Refusing to stop asking questions, he leaves his old life behind, aware that someone is shadowing his every move. The only hope he has is his ex-girlfriend Jill Watson - the only journalist who will believe his story. But neither of them can believe the puzzle they're piecing together - or just how shocking the secret is that everybody wants to stay hidden... A gripping, page-turning suspense masterclass - available in print for the first time in nearly thirty years. * * * * * 'Rankin is a master storyteller' Guardian 'Great fiction, full stop' The Times 'Ian Rankin is a genius' Lee Child 'One of Britain's leading novelists in any genre' New Statesman 'A virtuoso of the craft' Daily Mail 'Rankin is a phenomenon' Spectator 'Britain's No.1 crime writer' Mirror 'Quite simply, crime writing of the highest order' Express 'Worthy of Agatha Christie at her best' Scotsman

Ian Rankin is the multimillion-copy worldwide bestseller of over thirty novels and creator of John Rebus. His books have been translated into thirty-six languages and have been adapted for radio, the stage and the screen.Rankin is the recipient of four Crime Writers' Association Dagger Awards, including the Diamond Dagger, the UK's most prestigious award for crime fiction. In the United States, he has won the celebrated Edgar Award and been shortlisted for the Anthony Award. In Europe, he has won Denmark's Palle Rosenkrantz Prize, the French Grand Prix du Roman Noir and the German Deutscher Krimipreis.He is the recipient of honorary degrees from universities across the UK, is a Fellow of The Royal Society of Edinburgh and a Fellow of The Royal Society of Literature, and has received an OBE for his services to literature.Website: IanRankin.netTwitter: @BeathhighFacebook: IanRankinBooks