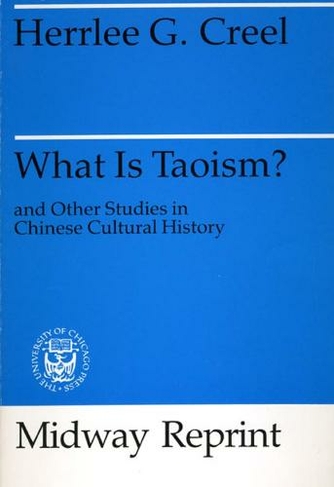 What is Taoism? And Other Studies in Chinese Cultural History: (New edition)

What Is Taoism? traces, in nontechnical language, the history of the development of this often baffling doctrine. Creel shows that there has not been one "Taoism," but at least three, in some respects incompatible and often antagonistic. In eight closely related papers, Creel explicates the widely used concepts he originally introduced of "contemplative Taoism," "purposive Taoism," and "Hsien Taoism." He also discusses Shen Pu-hai, a political philosopher of the fourth century B.C.; the curious interplay between Confucianism, Taoism, and "Legalism" in the second century B.C.; and the role of the horse in Chinese history. viii, 192 p.