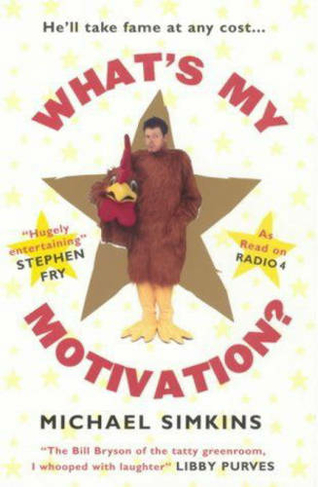 As a boy, Michael Simkins always wanted to be someone. While his friends were out getting laid and stoned, he was tucked up at home dreaming of his name in lights, of holding an audience rapt, of perhaps becoming a TV heart-throb, or having someone, anyone, ask for his autograph in the supermarket. This is the true story of an obsessive pursuit of acting fame. It is a life marked by occasional hard-fought successes and routine helpings of ritual humiliation: scout hut Gilbert and Sullivan, dodgy rock operas, sewage farm theatre workshop, Christmas panto hell, straight-to-video film flops, leading roles in Crimewatch reconstructions and dressing up as a chicken to advertise TV dinners. It is a hilarious tale of turgid theatre, tights, trusses and tonsil tennis with Timothy Spall.

Michael Simkins trained at RADA. He has appeared in more than 70 plays in rep, and stage highlights include A View from the Bridge at the National Theatre, as well as musicals Chicago and Mamma Mia. He also directed Alan Ayckbourn's Absent Friends at the Greenwich Theatre. He has made countless TV appearances - recent credits include Foyle's War and My Family - as well as turns on the silver screen in such films as Mike Leigh's Topsy-Turvy. He has worked with luminaries as diverse as Anthony Perkins, John Malkovich, Michael Gambon and Buster Merryfield. He lives in London with his actress wife Julia.