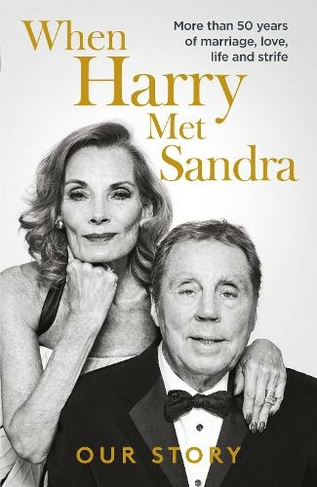 Harry Redknapp is best known as a highly respected football manager, father to Jamie Redknapp and uncle to former Chelsea player Frank Lampard. But it wasn't until recent years that he became a household name amongst the non-football savvy when he did his stint in the I'm a Celebrity jungle back in 2018. He was quickly propelled to a new audience who became besotted with the stories of his life with his wife Sandra and how they met and fell in love.

Harry regaled his campmates, in his signature down-to-earth style with tales of how they met in the Two Puddings pub and of how Sandra makes the best jam roly-poly pudding in the business - which became his ultimate craving during the long days and nights with little more than rice and beans to keep them going.

Sandra has always stayed largely out of the public eye but for the first time they have joined forces in their new book, When Harry Met Sandra, to share the ups and downs of their life together. From their low-key wedding to the births of their two sons Jamie and Mark, the devastating loss of Sandra's beloved sister, Pat, mum to Frank and the horrific crash in 1990 that nearly killed Harry.

The couple share frank accounts of Harry's battle with depression during his tenure as a football manager, his arrest for alleged tax evasion and when he accidentally ran Sandra over leaving her with a crushed foot. They also share the many happy times they've shared, from their time spent living in America with Bobby Moore to the births of their grandchildren and of how close they have all remained as a family unit.

Now approaching the huge milestone of nearly 60 years since they first met in the Two Puddings Pub, they look forward to the future and to all the memories yet to be made with their loving family. An incredible tale of love, loss and unbreakable loyalty that is rarely seen in the world of celebrity today!