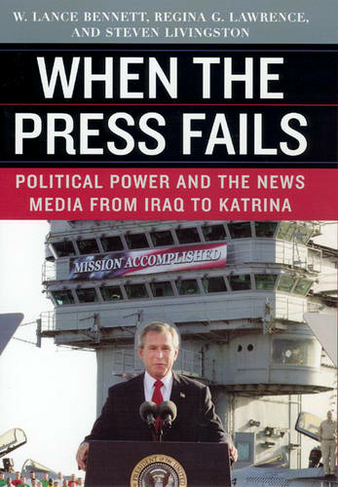 A sobering look at the intimate relationship between political power and the news media, "When the Press Fails" argues that the dependence of reporters on official sources disastrously thwarts coverage of dissenting voices from outside the Beltway.The result is both an indictment of official spin and an urgent call to action that questions why the mainstream press failed to challenge the Bush administration's arguments for an invasion of Iraq or to illuminate administration policies underlying the Abu Ghraib controversy. Drawing on revealing interviews with Washington insiders and analysis of content from major news outlets, the authors illustrate the media's unilateral surrender to White House spin whenever oppositional voices elsewhere in government fall silent. Contrasting these grave failures with the refreshingly critical reporting on Hurricane Katrina - a rare event that caught officials off guard, enabling journalists to enter a nospin zone - "When the Press Fails" concludes by proposing new practices to reduce reporters' dependence on power. 3 line drawings, 5 tables