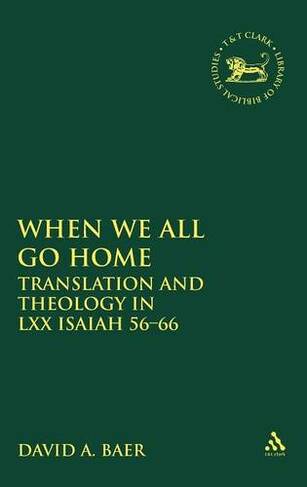 Paying special attention to chapters 56-66, David Baer analyses the labour that resulted in the Greek Isaiah. He compares the Greek text with extant Hebrew texts and with early biblical versions to show that the translator has approached his craft with homiletical interests in mind. This earliest translator of Isaiah produces a preached text, at the same time modifying his received tradition in theological and nationalistic directions which would reach their full flower in Targumic and Rabbinical literature. In basic agreement with recent work on other portions of the Septuagint, the Greek Isaiah is seen to be an elegant work of Hellenistic literature whose linguistic fluidity expresses the convictions and longings of a deeply Palestinian soul. black & white illustrations