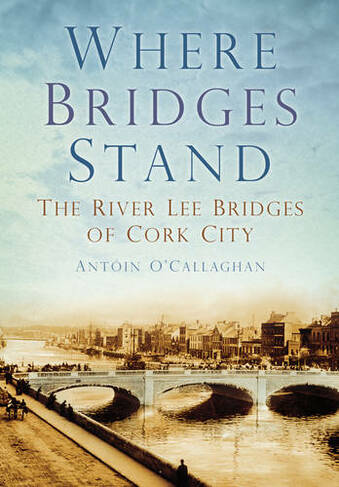 Where Bridges Stand: The River Lee Bridges of Cork City

Most people remember the flooding of Cork in 2009 and the tremendous damage that was caused. Less well-known is that this was not the first time this had happened. On 1 November 1853 another flood of immense proportions poured into the city from the west. On that occasion the main bridge in the city, St Patrick's Bridge, was swept away and with it the lives of between fifteen and twenty people. Where Bridges Stand: The River Lee Bridges of Cork City tells the story of how the city grew around, and in harmony with, the bridges that span the twin channels of the River Lee, the people and the historical contexts associated with the building projects that saw Cork grow from a medieval walled town to the thriving commercial port and modern city that it is today.

Ant in O'Callaghan is a program editor for RTE in Cork. He holds a Masters in History from UCC, and has had several books on Cork published previously. He has previously lectured in UCC, and been interviewed for RTE Nationwide, Newstalk Talking History, and The History Show.