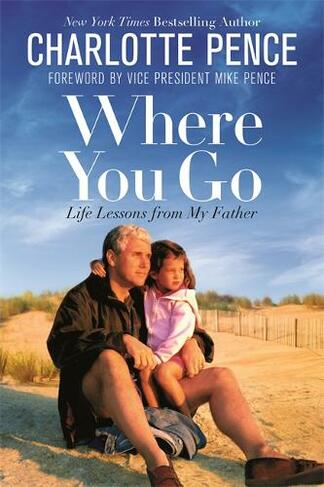 Where You Go: Life Lessons from My Father

Through stories intimately illustrating our vice president's character as a devoted family man, Christian, and public servant, Charlotte Pence both honors her father and shares how his wisdom has impacted her life. Charlotte offers the most important lessons she has learned by her father's example of love, loyalty, and faith, and through the challenges and triumphs she has shared with her family, some of which are fascinatingly specific to those in politics. She recounts the incredible moments of hope and adversity her family experienced during 100 days on the Trump-Pence campaign trail, the touching times she helped her dad prepare for debates, and why she always knew that their journey would be victorious. With thoughtful and vivid insights, Charlotte pays tribute to Mike Pence, the dreamer who encourages her to be the same, and gives a unique glimpse into their life, which will uplift and inspire.

Charlotte Pence is a writer whose work has been published in Glamour magazine and featured in US Weekly and on CNN, among other major media outlets. A graduate of DePaul University with a BA in Digital Cinema Screenwriting and English, Charlotte contributed writing and production skills to the Emmy Award winning documentary, Fleeced (WFYI Productions). She recently accompanied her parents on the campaign trail across America, when her father, Vice President Mike Pence, ran for office alongside President Donald Trump. Her first book, Marlon Bundo's Day in the Life of the Vice President (Regnery Kids) will be published in spring 2018. Charlotte lives and works in Los Angeles.