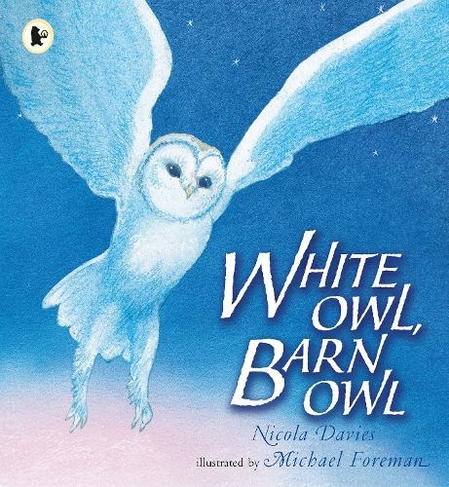 Get to know these rare and beautiful birds in this warmly illustrated non-fiction picture book. The little girl in this book has never seen a barn owl, but one day her grandpa puts a nest-box high in the old oak tree. They wait and they wait until one spring night, just as the sky goes pink, a pale face looks out of it, then takes off towards them...

Nicola Davies is an author and zoologist. She says the Arctic is the most extraordinary place she has ever been. Nicola wanted to capture its magic by writing about the two ultimate Arctic survivors, polar bears and the Inuit people. Nicola is also the author of Big Blue Whale, Surprising Sharks and Poo.Michael Foreman is one of the world's leading creators of children's books. Working alone on popular titles such as Dinosaurs and All That Rubbish, War Boy and best-selling collections of nursery and playtime rhymes, he also illustrates the work of other authors as diverse as Terry Jones and Michael Morpurgo, Dickens, Shakespeare and Wilde. Michael lives in London.