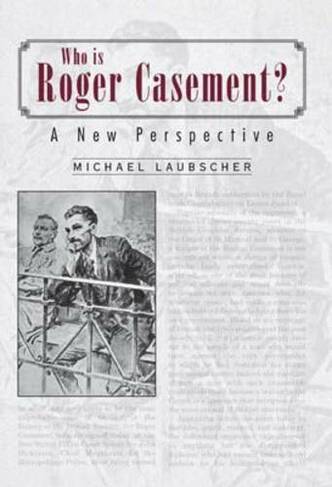 Who is Roger Casement?

Who is Roger Casement? is history with a difference; it is an excursion into the early twentieth century, when the final dramatic events of Roger Casement's life were unfolding. The controversial tale of Casement's life is brought to us through the dispatches of a fictional journalist, providing the reader with a sense of immediacy and realism. Casement came to the public's attention when he became implicated in the preparations for the Easter Rising. His story, however, did not begin there. Before Casement stepped into the limelight, he had worked with the Foreign Office in Africa and South America where he exposed the atrocities in the Congo and the Amazon, and waged an outspoken campaign against British economic and political hegemony. Laubscher's book follows the legal proceedings and related events, during the summer of 1916, as details emerge about Casement's involvement in the campaign to rid Ireland of British Rule. Through a series of dispatches, the journalist provides readers with coverage of the trial testimony, related inquiries into events surrounding the insurrection, the conviction and sentencing, the follow-up legal appeal, the unsuccessful campaign for clemency, and, finally, Casement's execution at Pentonville Prison on 3 August 1916. Who is Roger Casement? is a balanced and objective retelling of the Casement story, giving the reader a unique insight into this truly engaging and enigmatic character.

Michael Laubscher is a former assistant dean at Pennsylvania State University. He lives in Chesapeake, Virginia.

Who is Roger Casement?
Who is Roger Casement?
Michael R. Laubscher
Paperback
Currently unavailable. We don't know when or if this item will be back in stock
https://www.whsmith.co.uk/products/who-is-roger-casement/michael-r-laubscher/paperback/9781845889821.html £15.63 rrp £16.99 Save £1.36 (8%)
GBP