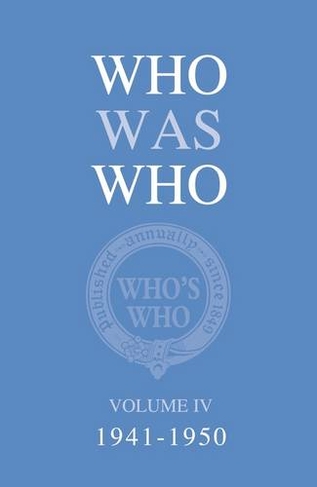 This volume of Who Was Who contains entries for people in Who's Who who died between 1941 and 1950. It has over 10,000 entries covering deaths during the Second World War, and including biographies for Virginia Wolf, Adolf Hitler, General George Patton, George Orwell, Mohandas Gandhi and H. G. Wells. This 6th edition has been fully updated, with the addition of newly available dates of death from the Commonwealth War Graves Commission and other online resources.