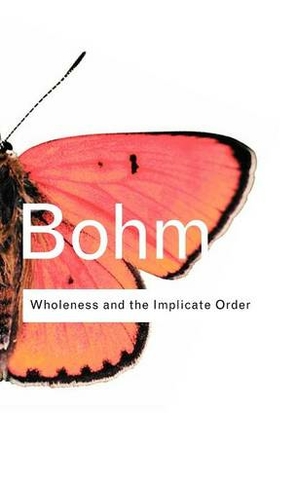 Wholeness and the Implicate Order

David Bohm was one of the foremost scientific thinkers and philosophers of our time. Although deeply influenced by Einstein, he was also, more unusually for a scientist, inspired by mysticism. Indeed, in the 1970s and 1980s he made contact with both J. Krishnamurti and the Dalai Lama whose teachings helped shape his work. In both science and philosophy, Bohm's main concern was with understanding the nature of reality in general and of consciousness in particular. In this classic work he develops a theory of quantum physics which treats the totality of existence as an unbroken whole. Writing clearly and without technical jargon, he makes complex ideas accessible to anyone interested in the nature of reality.

David Bohm (1917-92). Renowned physicist and theorist who was one of the most original thinkers of the second half of the twentieth century.