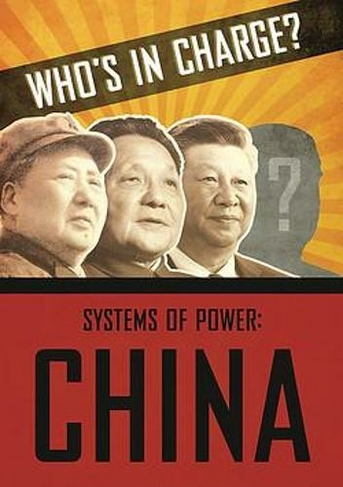 By Katie Dicker (Author)
Hardback
https://www.whsmith.co.uk/products/whos-in-charge-systems-of-power-china-whos-in-charge-systems-of-power/katie-dicker/hardback/9781445169194-12-000.html £12.87 rrp £13.99 Save £1.12 (8%)
GBP
Availability
In Stock
Free Delivery Available When You Spend £25 Or More
Details
Spend £25 on eligible products to receive free standard delivery to home or free next working day click and collect to store
Share

China has the world's longest international land border and the largest population. Governing a nation of this size and protecting its borders is a real challenge. The nation is rich in natural resources and its vast population brings a huge workforce. Rapid economic growth has seen China overtake many nations to become the world's second largest economy. China's new status also gives it a greater voice on the global stage. As we embark on a new era of Chinese politics, this book looks at whether China can sustain its development and asks if the international balance of power will shift.

Katie Dicker is a writer and editor who has worked in publishing for over 15 years. She has a degree in politics and philosophy and specialises in children's educational publishing.